Although we planned our departure from Dunkerque in the morning true to form, we were delayed again. The sea lock to the canal didn’t open until 4.00pm, so we filled our time with a stroll to the city centre followed by a thorough wash for the boat. The wind was strengthening throughout the day, and more than once I thanked the wind gods that we were not out there crossing the channel in that weather.

A great welcome to France, a mooring reserved for Joie de Vivre at the yacht club

That’s us, in France at last

Once we were through the sea lock, we entered a small basin and then into the next lock, which was smaller than some of the locks on the Thames. With a stiff breeze it was quite a difficult manoeuvre to enter! This lock was deathly slow and we didn’t exit until nearly 5.00pm. Finally another lock this time with a locker keeper, who interrogated us on our proposed navigation. Peter had spent time making sure all our papers were in order, but once we handed over our Australian ship registration documents it all became too hard and he waved us through.

We were now on the the Liason de Grand Garbarit, which is a fairway for commercial barges to access northern France and Begium from either Calais, Gravelines or Dunkerque. No charming villages to visit along the route.. …instead the view was of barges the size of a block of flats, recycling plants, cement works and soulless dwellings.

Our destination was Lille, where we planned to meet Kathy and Alan, and Jo. We set a cracking pace arriving on Tuesday afternoon, with our visitors due on Thursday. On arriving, we found a great mooring not far from the city centre, in a park opposite the citidal.

Lille is the 4th largest city in France and is probably not on everyone’s bucket list and if you have been there it was perhaps on the high speed Eurostar crossing from Europe to Britain or visa versa. The cobbled streets of the restored old quarter are lined with delightful 17 and 18C Flemish houses, a lovely square and old market place. With a great array of shops, jo and I spent an exhausting but fun afternoon partaking in a little retail therapy. Lille also has a fine museum, but unfortunately this we didn’t have time to visit. Apart from the shopping there was boat work, a new gas bottle and new SIM cards for the modem and phones.

Friday morning broke with repairs required for the spare bed which collapsed during the night! (Kathy and Alan swore they we not putting under any undue stress!) On well that’s boats for you. After an unscheduled delay we made it down the canal to the charming village of Wambrechies. Tomorrow we start our journey into Belgium towards Gent.

That’s a big lock with floating bollards that screeched like banshees all the way to the top.

The red tinge in the recycling plant shows how much coke is drunk! 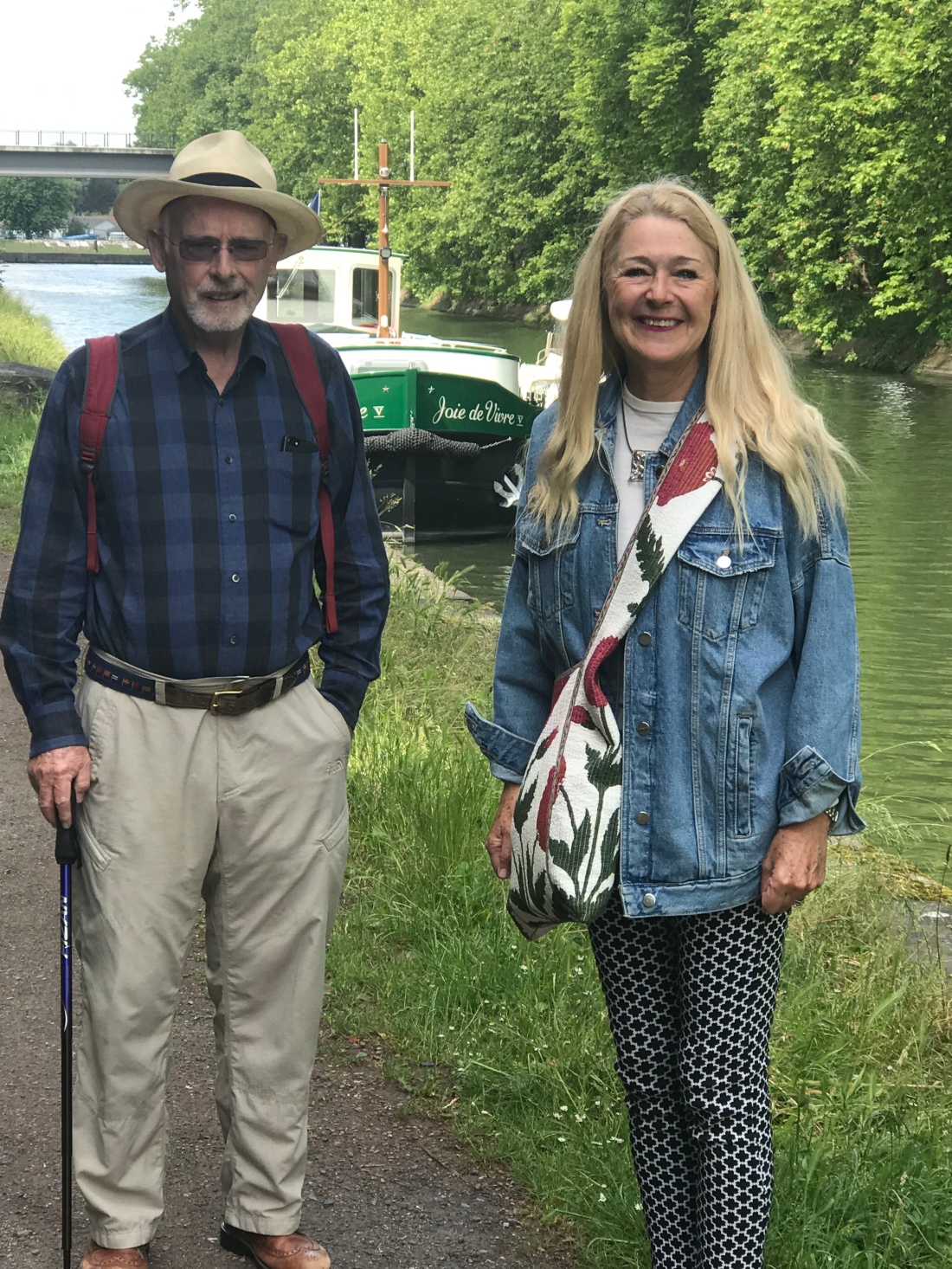 A great mooring in Lille

Navigator and pilot hard at work

Chateau in Wambrechies, now a school

Lighting a candle for a safe passage