It was with great excitement that we approached Monday 27th and our planned departure from the UK. This journey had been a long time in the making and at last we hoped we would be fulfilling our dreams of cruising the European canals on our own boat.

Andy Soper from the Dutch Barge Association, who agreed to accompany us arrived at Teddington Lock on the Sunday night and we were through the lock and on our way by 7.15am the next morning.

The barge cruises at 6 knots, but with the push of the ebbing tide we made about 8 knots all the way down the tidal Thames. As we approached London the riverside scenery changed from palatial homes with acres of manicured lawns and gardens to soulless high rises. It was a bank holiday so the river was dotted with rowers who seemed intent on play cat and mouse with a large barge barring down on them. 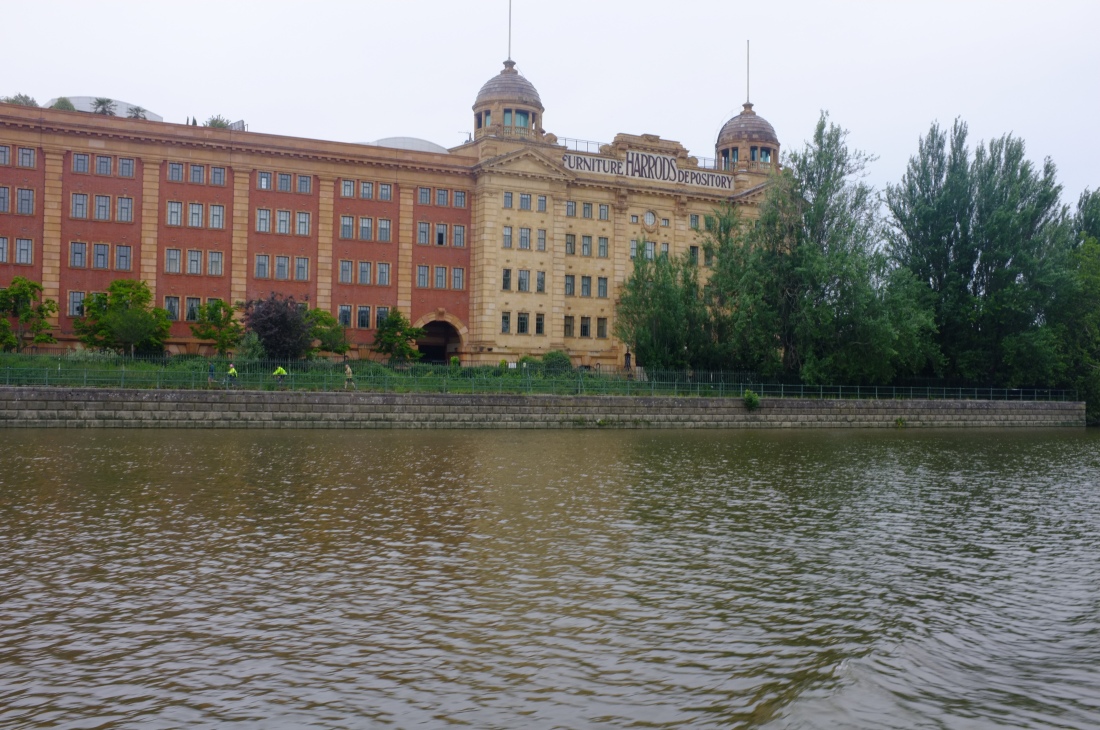 One of the Dunkirk little ships returning up the Thames after a reunion held at St. Cathrines Dock in London

The first view of London

The city of London passed by in a flash and as it was early morning so we didn’t need to duel with the passing tourist boats. 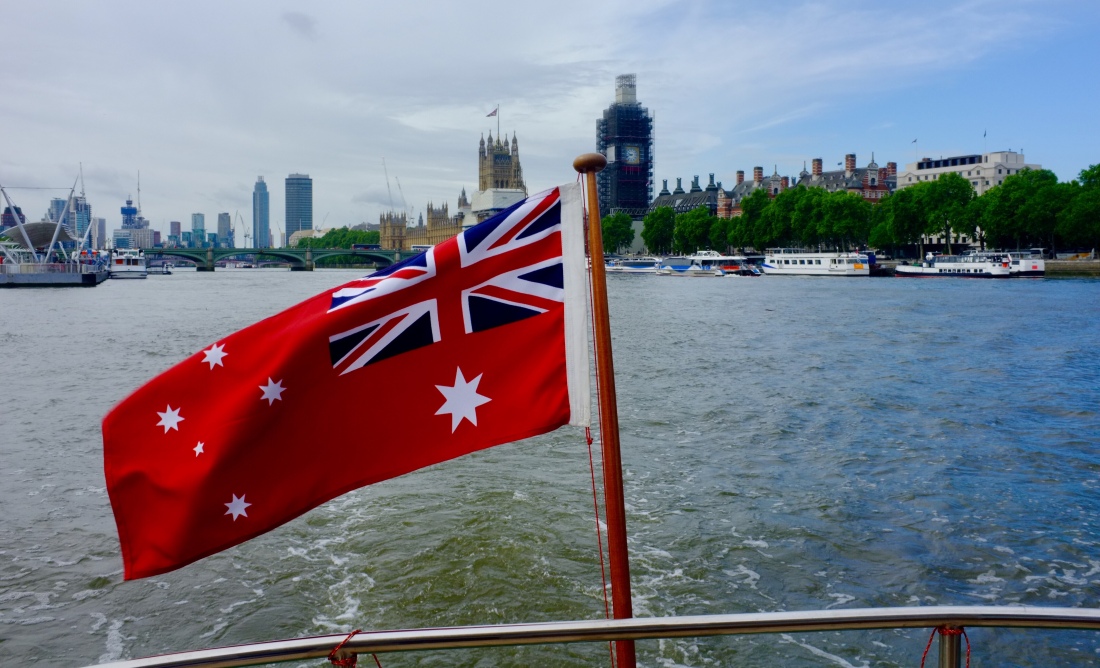 Brexit in reverse. The Aussies are leaving the UK!

As we approached Greenwich the tourists boat appeared racing up and down the river throwing up wash.

The scenery on the river from Greenwich down is reminiscent of any deserted dockyards along any port in the world and of course the river widens and it approached the sea. The wind and the waves were starting to get up a bit and the approaching sky across the channel was looking threatening, so we made a dive into Queenborough to seek shelter for the night.

The plan was to rise at 4am the next morning and set off to Dunkirk at 5am. The forecast showed an improving weather pattern, which unfortunately didn’t come to fruition. In the morning we had rain with wind in the channel at 15knots, so we erred on the side of caution and motored further down the Medway to Chatham and into a marina to wait for the next window of opportunity.

2 thoughts on “A Farewell to the Thames”